Cattle farming in South Africa has a rich history in the country. Over 33 different breeds of cattle are found in South Africa, some focusing on beef production and others on milk. Here at Unistel Medical Laboratories we believe that science and farming go hand in hand to allow for the best outcome for the farmer. By providing tests such as parentage to other genetic tests we hope to grow the cattle industry in South Africa.

For cattle, the sample of choice for DNA testing is hair – specifically the hair follicle cells attached to hair pulled from the tail. However, ear clippings or semen samples are also acceptable. 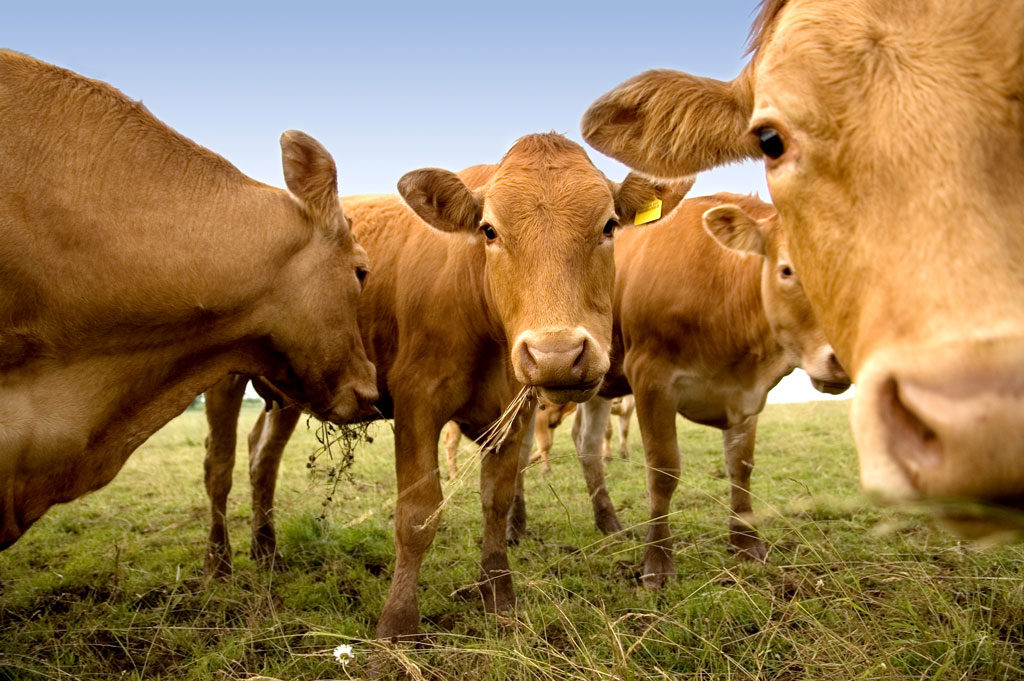 Pompe disease is a glycogen storage disorder confined to grey Brahman cattle. The conversion of glycogen to glucose is catalyses by the enzyme acid alpha-glycosidase. A defect in the function of this enzyme causes a build-up of glycogen leading to muscle weakness throughout the body including the heart.

Congenital Myasthenia Syndrome (CMS) is an auto-immune disorder found mainly in red Brahman cattle and is characterized by varying degrees of progressive general muscle weakness. This weakness is caused by defective nerve-muscle interaction. Affected animals have to be hand fed. Pompe and CMS are autosomal recessively inherited genetic disorders where carriers of the disorders cannot be phenotypically distinguished. The average life of calves that are affected with Pompe and CMS is less than 12 months and should be culled.

Calves with only one copy of these recessive disorders and one copy of the normal gene appear normal and are known as carriers. Carrier animals appear normal and can perform as well as non-carriers. However, when mated to a carrier female there is a 25 % chance for the offspring to be affected, 50 % of the offspring can be carriers and a 25 % chance for normal offspring. It is therefore important to know the status of all animals to be used for breeding purposes. Unistel Medical Laboratories can genetically test cattle for Pompe and CMS. This test will allow for you to make informed decisions with regards to future breeding plans.

Arthrogryposis Multiplex, more commonly known as curly calf syndrome, is a lethal genetic defect that has been identified in beef cattle. Calves are stillborn and have a twisted or curved spine and extended and contracted limbs, hence the term “curly calf syndrome”. The mode of inheritance for this condition is a simple recessive gene. Animals with only one copy of the Arthrogryposis Multiplex gene and one copy of the normal gene appear normal and are known as carriers. Carrier animals appear normal and can perform as well as non-carriers. However, when mated to a carrier female there is a 25 % chance for the offspring to be affected, 50 % of the offspring can be carriers and a 25 % chance for normal offspring. Unistel Medical Laboratories can genetically test cattle for curly calf syndrome. This test will allow for you to make informed decisions with regards to future breeding plans.

Domestic cattle have 60 chromosomes (58 autosomes and 2 sex chromosomes). Half of their chromosomes are inherited from their mother and the other half from their father. By viewing a karyotype of an animal, a picture of the chromosomes is obtained. This image can allow for certain genetic defects to be identified. A translocation occurs when two chromosomes fuse to form one single chromosome. In the case of cattle such animals will have 59 chromosomes and not 60. As no genetic material is lost during such a fusion, carriers of such a translocation are completely normal and can achieve similar standards to normal non-carrier cattle. The most common and well documented known translocation in cattle is the translocation between chromosome 1 and 29, also known as the 1/29 translocation.

It should be stressed that, although the 1/29 translocation causes a slightly lower calving percentage, animals carrying the translocation are completely normal and do not influence stock quality, growth or development. Should siblings carry a translocation, consideration may be given to commercializing the siblings instead of use as registered stock.

Unistel Medical Laboratories offers DNA typing or profiling for cattle breeders, which can be used for registration purposes and parentage/relationship testing. DNA profiling, also known as “genotyping”, establishes a genetic code for individual cattle of every breed. This test does not determine breed type; rather it identifies specific gene markers that are inherited from both parents. The panel used at Unistel Medical Laboratories for DNA typing is based on the internationally accepted panel of microsatellite markers set up by the International Society for Animal Genetics (ISAG) and are reported to ISAG 2019 standards. Our panel uses a multi-plex genetic STR marker panel consisting of 15 loci. This creates reliable results that can be cross-compared with reports produced by other laboratories around the world, using the same methods.

DNA-based parentage testing allows for correct individual identification of animals ensuring a unique, permanent DNA ID for tractability. It also allows one to determine which bull sires quality progeny and a bull’s service capacity. DNA-based parentage testing also contributes in identifying differences in genetic potential of calves, assists to terminate feeding bulls that are not contributing to the next generations and increases reliability and accuracy of estimated breeding values. DNA-based parentage testing provides essential evidence for stock theft cases. At Unistel Medical Laboratories DNA certified pedigrees comply with breed association requirements and samples can be archived for future testing.

Unistel Medical Laboratories offers genomic testing for customised 50K chips for both beef and dairy cattle. Developed in collaboration with leading bovine researchers, the BovineSNP50 v3 BeadChip features more than 53,000 evenly spaced SNP probes that span the bovine genome. This 24-sample BeadChip presents a high-throughput, cost-effective solution for whole-genome studies in beef and dairy cattle. The information provided can be utilized directly in the generation of genomic enhanced breeding values or stored for future use. The following information can be obtained from the 50K chip:

Double muscling or muscular hypertrophy is an inherited condition in cattle, characterised by hyperplasia (increase in number) and, to a lesser extent, hypertrophy (enlargement) of muscle fibres. Double-muscled animals are characterized by an increase in muscle mass of about 20 %, due to general skeletal muscle hyperplasia and, to a lesser extent, hypertrophy. This relative increase in the number of muscle fibres (hyperplasia) occurs during intra-uterine development, such that double-muscled cattle possess nearly twice the number of muscle fibres at birth as do normal cattle. The muscles of double-muscled cattle also have a significantly reduced amount of connective tissue (collagen). Not only is collagen reduced in amount, but it is structurally different to normal collagen in that it has a lower proportion of stable, non-reducible, cross-links. Muscular hypertrophy and hyperplasia is not uniform throughout the beast, being minimal around the neck and increasing as one moves to the hindquarters where it is maximal. This distribution results in the carcasses of double-muscled animals having a higher proportion of “expensive” cuts of meat relative to carcasses of normal cattle.

Most double-muscled calves tend to have higher birth weights and higher pre-weaning growth rates than their normal contemporaries. Post-weaning, however, their growth rate tends to fall behind that of their normal contemporaries; this appears to be due to a lower feed intake. If muscle weight gain per unit energy intake is taken into account, double-muscled cattle have better feed efficiency than normal cattle.

When compared with normals, the carcases of double-muscled cattle have many desirable characteristics. They have higher dressing percentage. The carcases of double-muscled cattle dress out at between 65 and 70 percent. This is due to a combination of increased muscle mass, reduced body fat, reduced bone mass and smaller internal organs. Double-muscle cattle have higher proportion of “expensive” cuts of meat. This is due to the non-uniform distribution of the muscular hypertrophy and hyperplasia which is found in double-muscled cattle. They also have better meat quality. Meat from double-muscled cattle is significantly more tender than that from normal cattle. Much of this is thought to be due to its lower collagen content and to the fact that what collagen is present is not as tough due to its lower proportion of stable, non-reducible, cross-links. The significance for producers is that double-muscled animals produce a higher proportion of desirable cuts of lean meat with greater efficiency than do comparable, conventional cattle. For consumers, this meat is more tender and, being lean and having a higher polyunsaturated fat content, conforms more closely with current nutritional guidelines than meat from normal animals.

Claudin-16 is a genetic disorder that can result in diarrhoea, retarded growth, overgrown hooves as well as terminal kidney failure (terminal interstitial nephritis with excess fibrous connective tissue or zonal fibrosis) in Wagyu cattle. The disorder can present itself at any time from late adolescence and cattle diagnosed with Claudin-16 are unlikely to live longer than 6 years. Cattle with only one copy of these recessive disorders and one copy of the normal gene appear normal and are known as carriers. Carrier animals appear normal and can perform as well as non-carriers. However, when mated to a carrier female there is a 25 % chance for the offspring to be affected, 50 % of the offspring can be carriers and a 25 % chance for normal offspring. It is therefore important to know the status of all animals to be used for breeding purposes. Unistel Medical Laboratories offers a test to determine whether cattle have mutated copies for either Type 1 or Type 2 Claudin-16.

Chediak-Higashi Syndrome (CHS) is a genetic disorder in Wagyu cattle that affects the immune system, as well as other parts of the body. It characterised by a weakened immune system, oculocutaneous albinism (abnormally light pigmentation of the skin, hair, and eyes), blood clotting problems, and nervous system abnormalities resulting in weakness, difficulty walking, and seizures. Carrier animals appear normal and can perform as well as non-carriers. However, when mated to a carrier female there is a 25 % chance for the offspring to be affected, 50 % of the offspring can be carriers and a 25 % chance for normal offspring. As complications from this syndrome can become life-threatening, it is essential that carrier individuals not be bred with one another, so as to avoid producing affected offspring. Unistel Medical Laboratories offers a test to determine whether cattle have mutated copies of the CHS1 gene which could result in Chediak-Higashi Syndrome. 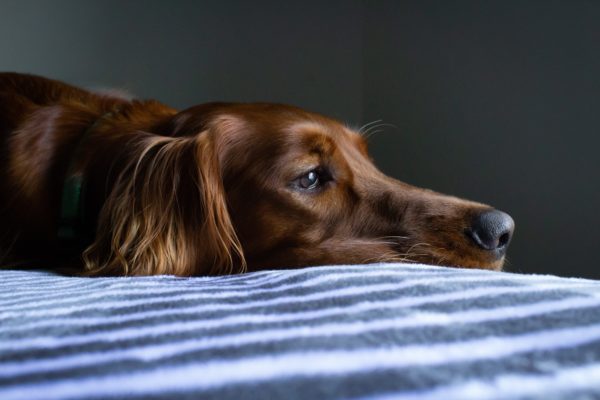 Please take note of the following:

Should testing samples originate outside of South Africa, the client must notify Unistel prior to shipping samples so that we can apply for an import permit. Samples can only be shipped once a permit has been obtained and this permit will only be valid for one shipment. Unistel will cover the cost of permits for orders of 10 or more animals. Shipments of fewer than 10 animals will incur an additional cost of R200 per permit.