For pigs, the sample of choice for DNA testing is hair (containing roots), tissue or blood. 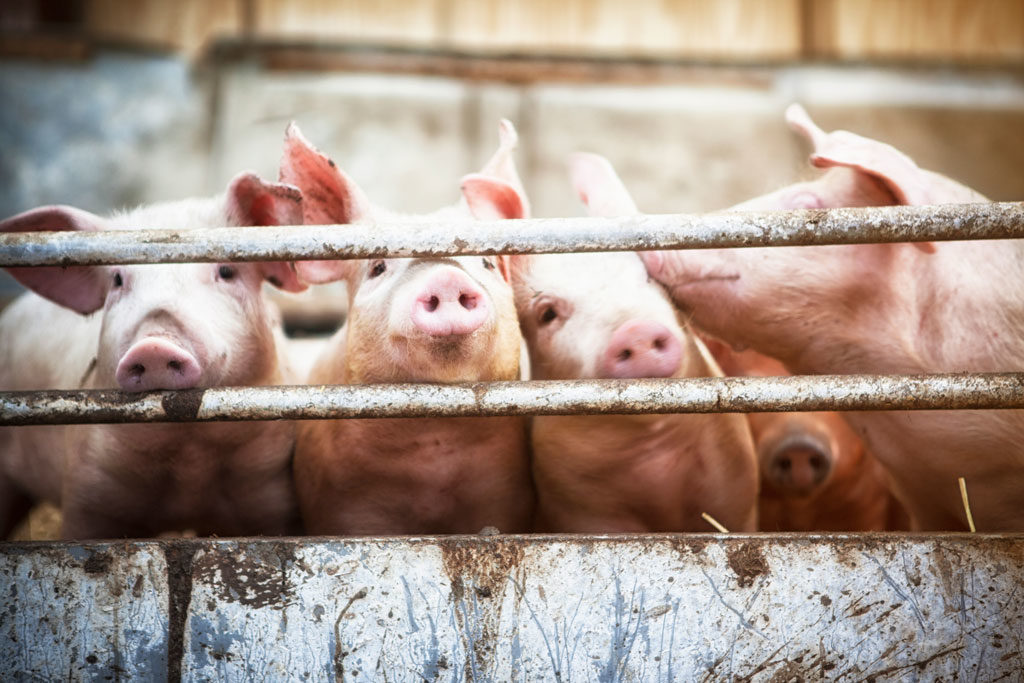 DNA Profiling of individual pigs is an important aspect of individual pig identification and has been an important feature of pig farming. DNA profile analysis facilitates the only fool proof method of identification as well as parentage confirmation of litters when required. Parentage verification allows breeders to identify mating’s that will produce high performance progeny with economically sought after traits in free roaming production units. An added advantage of DNA profile analysis is proof of identity of all pig sold as breeding stock. DNA profiles also provide essential evidence if cases of theft. The pig DNA profiles make use of the ISAG recommended 20 STR marker systems and conform to international standards.

Pork is the most consumed meat in the world and therefore efficient large-scale breeding is very important. Fertility and litter size are factors that have a major impact on the sustainability and economics of pork production. A key production factor in pig production units is minimizing embryonic loss during pregnancy. This influences litter size and it is a well-known fact that litter size is negatively influenced by that chromosome abnormalities. Chromosome abnormalities are one of the major causative etiologic factors of embryo malformations and early embryo mortality in the domestic pig and have a negative impact of on farm animal reproduction.

The overall rate of chromosomal rearrangements in underperforming boars in service is reportedly close to 50 % while the prevalence in young untested AI boar candidates is in the region of 0.47 % (1). The prevalence of structural chromosomal abnormalities in a farmed pigs is estimated to be between 1.5% to 6%.
1. Ducos A, Berland H-M, Bonnet N, Calgaro A, Billoux S, Mary N, et al. Chromosomal control of pig populations in France: 2002–2006 survey. Genet Sel Evol. 2007;39:583–97.

Porcine Stress Syndrome (PSS) is most likely the genetic disorder with the widest impact on pig production systems. PSS is characterized by a progressive increase in body temperature, muscle rigidity, and metabolic acidosis leading to sudden death of heavily muscled pigs and may also lead to the production of pale, soft and dry unattractive meat. PSS is inherited as an autosomal recessive genetic condition. Heterozygous or homozygous PSS pigs have superior muscling compared to homozygous normal pigs with the result that producers would select carriers or homozygous PSS pigs on phenotypic appearance when the opportunity arises. This may lead to an increase in the frequency of the mutated allele of the gene for PSS. It is therefore advisable to reduce incidence of PSS animals by eliminating their parents, and littermates from the breeding system after identifying carrier and homozygote individuals.